Less More
2 years 4 months ago - 2 years 4 months ago #3 by admin
Pelvis Inclusive versus Exclusive was created by admin
I am representing here a question about: Pelvis Inclusive vs Pelvis Exclusive. You spoke about that in the course in NYC but it was a little fast and many many therapists would like a written clarification, and I hope it is ok to ask you to send something to me so I can convey it to the therapists who took the course. If you want to add illustration - even by hand to explain - that will be wonderful.

So this is what PT's asking:
1) What is the difference between the two, what it is involve in each one?
2) HOW to recognize them each?
3) wWhat is the course of action/treatment differences when it is inclusive vs exclusive?

2. RADIOLOGICAL ASSESSMENT
PELVIS INCLUDED:
It will be unbalanced, the disc L4 L5 is inclined to the horizontal, but the lower plateau of L4 and upper plateau of L5 are parallel; the hemipelvis is sometimes elevated in the concavity of the lumbar curvature. There are also torsions on the vertical axis with iliac anteflexion on one side and extension on the opposite side.
PELVIS EXCLUDED:
It is balanced, the L4 L5 disc is open in the concavity of the lumbar curvature; the sacrum is horizontal and sometimes the hemi-pelvis remains elevated in the convexity of the lumbar curvature.
The iliac wings have the same orientation. The cervico-obturator arches are normal and symmetrical. The obturator holes have the same shape.

3. BIOMECHANICAL FUNCTION
Scoliosis with pelvis included seems less severe than scoliosis with pelvis excluded, it responds better to treatment whether it is bracing or physiotherapy with postural reprogramming techniques. However, their spontaneous evolution can also be aggravated.
Surgically This analysis of whether the pelvis is included or excluded from the pelvis enables the lower part of the instrumentation to be selected. [2]

4. POSTURAL STABILOMETRY STUDY: Bernard Bricot [3]
“THE STABILOMETRY OF THE PELVIS INCLUDED.
From a stabilometric point of view, the study of the frequency peaks on Fourier derivatives of these pelvis are close to normal patterns.
However, there are abnormal frequency "incidents" more or less marked between 0.2 and 0.6 Hz.
We have no logical explanation for these incidents; perhaps they are a reflection of scoliosis in general?
THE STABILOMETRY OF THE EXCLUDED PELVIS.
The frequency peaks are more marked and moreover the surface of the statokinesiogram is much higher. In these cases of excluded pelvis the lumbar scoliosis is more difficult to reduce under the brace.”

5. PHYSIOTHERAPY
In the exclusive pelvis, the risk of L4-L5 discopathy and Asymmetrical Structural Anomaly of Ilio-Lumbar Junction with postural imbalance is greater. Physio+++
In the included pelvis, the spine is better balanced and disc stress is lower at the L4-L5 level. These scoliosis are easier to treat orthopedically.Physio 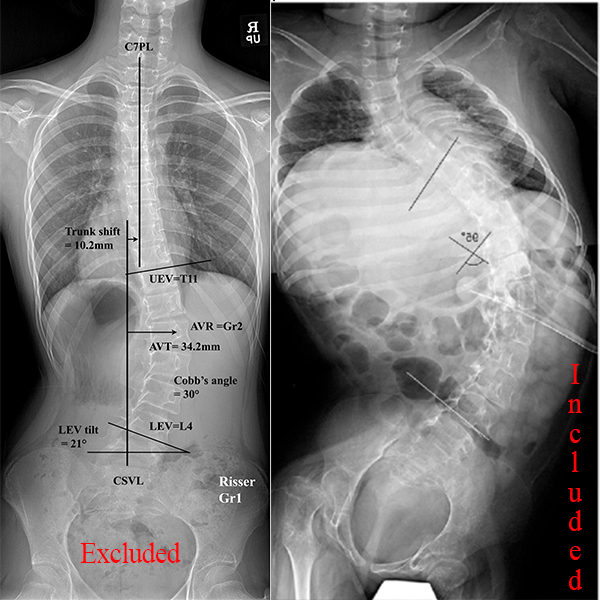 Thank you for putting all the answers together but I still have some clarification - maybe since the language is different:
EXCLUDED PELVIS
1) You mentioned that the EXCLUDED PELVIS seems to have less severity - did you mean the scoliosis less sever? in the pic you added the scoliosis seems to be more sever plus sever leg length discrepancy - is that pic is a most common representation? that one appear to have both LLD and maybe neurological scoliosis
2) Does these scoliosis (with EXCLUDED PELVIS) can be with IS and other scoliosis? and if it is with IS, is it ALWAYS suggesting she other orthopedic pathology of the pelvis/sacrum/legs? I see many IS patients with Excluded pelvis (L4 and L5 oblique to each other but the pelvis is balanced and no LLD - what are these then? Attached pic.
3) what do you mean by: EXCLUDED PELVIS easy to correct? I assume that the person on your x-ray will need limb lengthening procedure - yes? so that is not easy to correct, but I guess you mean the scoliosis itself is easy as it is one big 'C' share, not coming from IS and all it's complexity???
4) When you mentioned that in the EXCLUDED PELVIS: iliac anteflexion on one side and extension on the opposite side in the vertical Axis. We are not familiar with these terms: ante flexion or Iliac extension - can you elaborate?

INCLUDED PELVIS
1) Is this more typical with IS?
I am attaching here PPT with 9-10 of my cases - Can you check if I marked them correct Inclusive VS Exclusive pelvis?

1. There is indeed a risk of confusion with the word "severe" which corresponds to the angulation of scoliosis. The concept of included/excluded pelvis is independent of scoliosis angulation, as well as being independent of a possible leg length discrepancy.
The 3 characteristics of the pelvis INCLUDED on a frontal X-ray are:
1. Parallelism of the L4-L5 disc,
2. Raised concave iliac
3. Concave rotation (wider concave iliac ) (Figure 1) 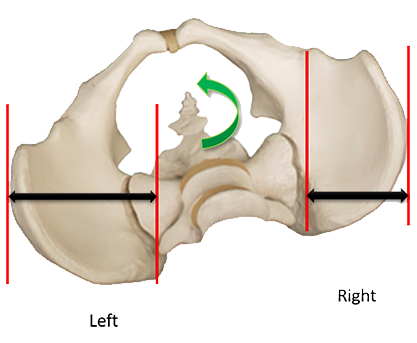 (figure 1: Rotation on the left = Left wider iliac)
The 3 characteristics of the pelvis EXCLUDED on a frontal X-ray are:
1. L4-L5 disc concave opening,
2. Even iliac crest or slightly higher in the convexity
3. No or slightly convex rotation like the former example

3. Inclusion of the pelvis corresponds to scoliosis involving more vertebrae, the pelvis being considered a pelvic vertebra. As the lever arm is larger, correction is easier.

4. These terms are those used by some posturologists and are a bit complex. The simplest is to analyze separately in the frontal plane and in the horizontal plane. Let's look at the examples you've given to me. 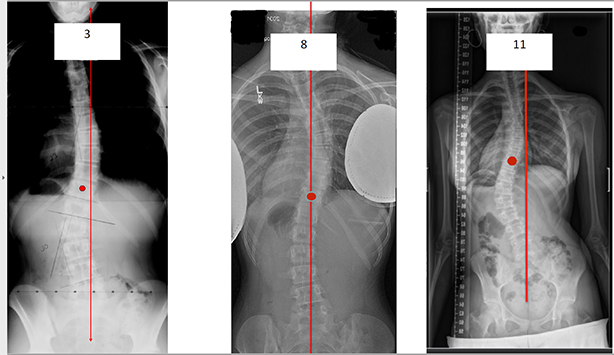 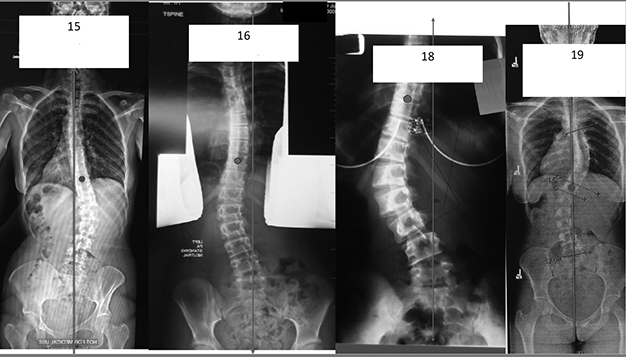 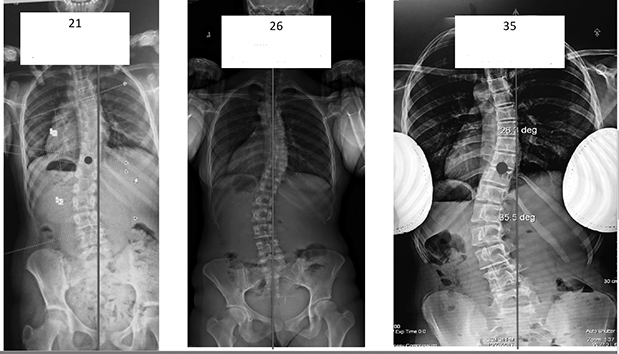 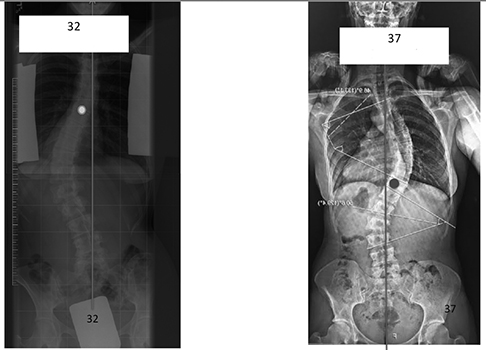 In conclusion, for the physiotherapist...
At least 2 out of 3 elements are needed to define the included or excluded pelvis.
The opening of the L4-L5 disc on the concavity is probably a prognostic element. for adult scoliosis
The included pelvis with no leg length discrepancy does not justify compensation.

Some patients have disc not parallel even with higher and concave iliac rotation. Can you explain?
In the INCLUDED pelvis, with NO leg length discrepancy - I understand that there is no need for compensation
In INCLUDED pelvis with LLD - we should compensate with shoe lift or limb lengthening (depend on the severity of curve and the age)?
Some patients are not clear to me as I see mix between the two pelvis. All have:
+Disc L4-L5 Open concavity
BUT
+Iliac higher concavity
+Concavity pelvic rotation
+slight LLD the concave side
Not sure also how to prioritize the 3 radiological findings when not all exist for the pelvis. 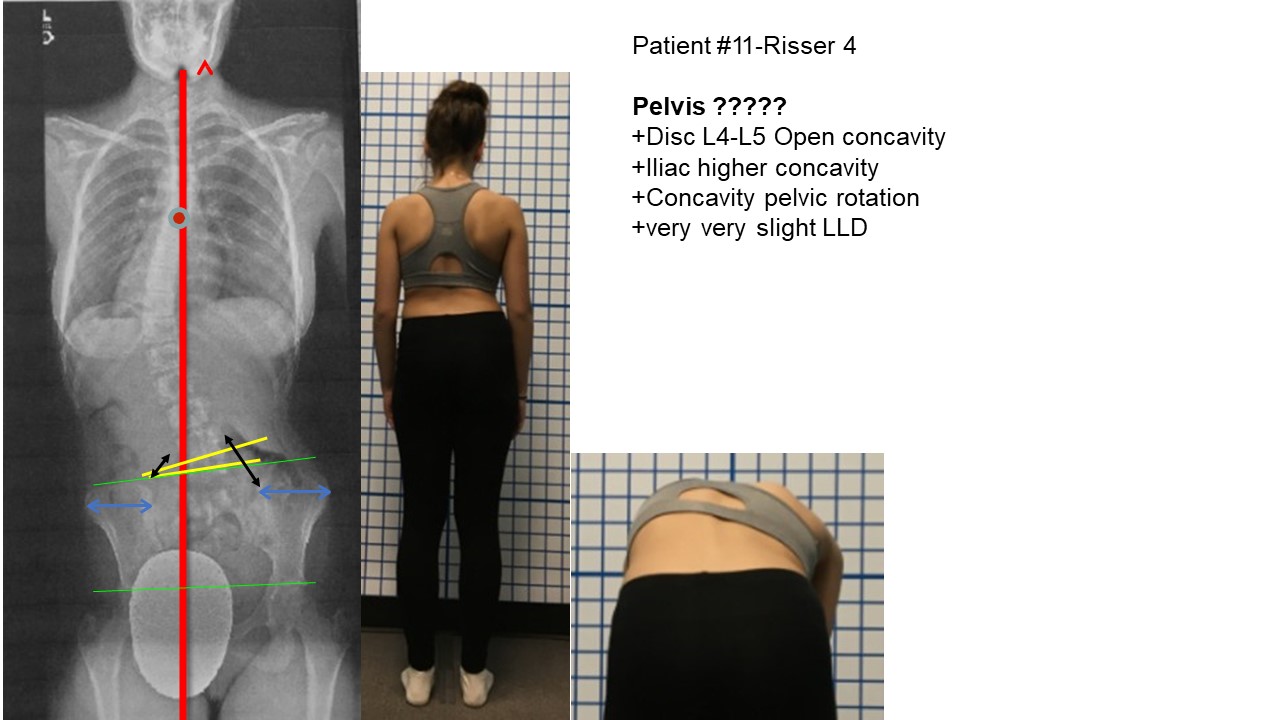 The patient with INCLUDED - seems pas the pelvis tilt with little LLD and no rotation in the lumbar - is that functional lumbar scoliosis in reaction to the pelvis obliquity? What will be best course of PT treatment? I think that no shoe lift needed as it is so mild but how do I influence the pelvis to become horizontal??

I believe that the difficulty comes from the existence or not of an Asymmetric Structural Anomaly of the Lumbo-Iliac Junction (ASALIJ). In the case of LLD, it is also necessary to take into account the balanced or unbalanced C7PL. To simplify, I made the Decision Tree n ° 9 which allowed me to classify all of the patients that you sent me. 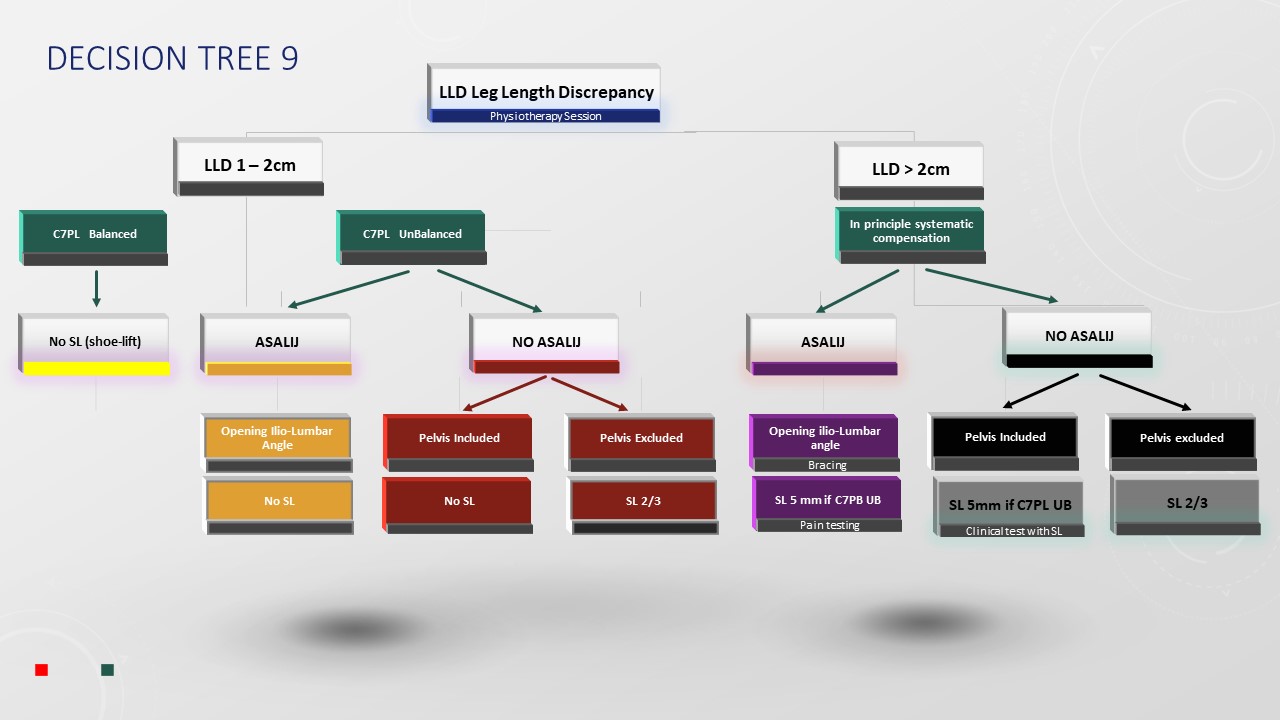 The advantage is that ASALIJ involves specific physiotherapy and the brace is very effective in the most difficult cases.
Last edit: 2 years 4 months ago by admin.

The SIRER (International Society for Research and Studies on the Spine) is currently chaired by Dr Jean Claude de Mauroy. SIRER organized SOSORT meetings in 2009 and 2017 in Lyon.

Copyright 2020 Sirer.org. All rights reserved. All the documents presented on this site can be used free of charge.
Copying for commercial use is reserved.